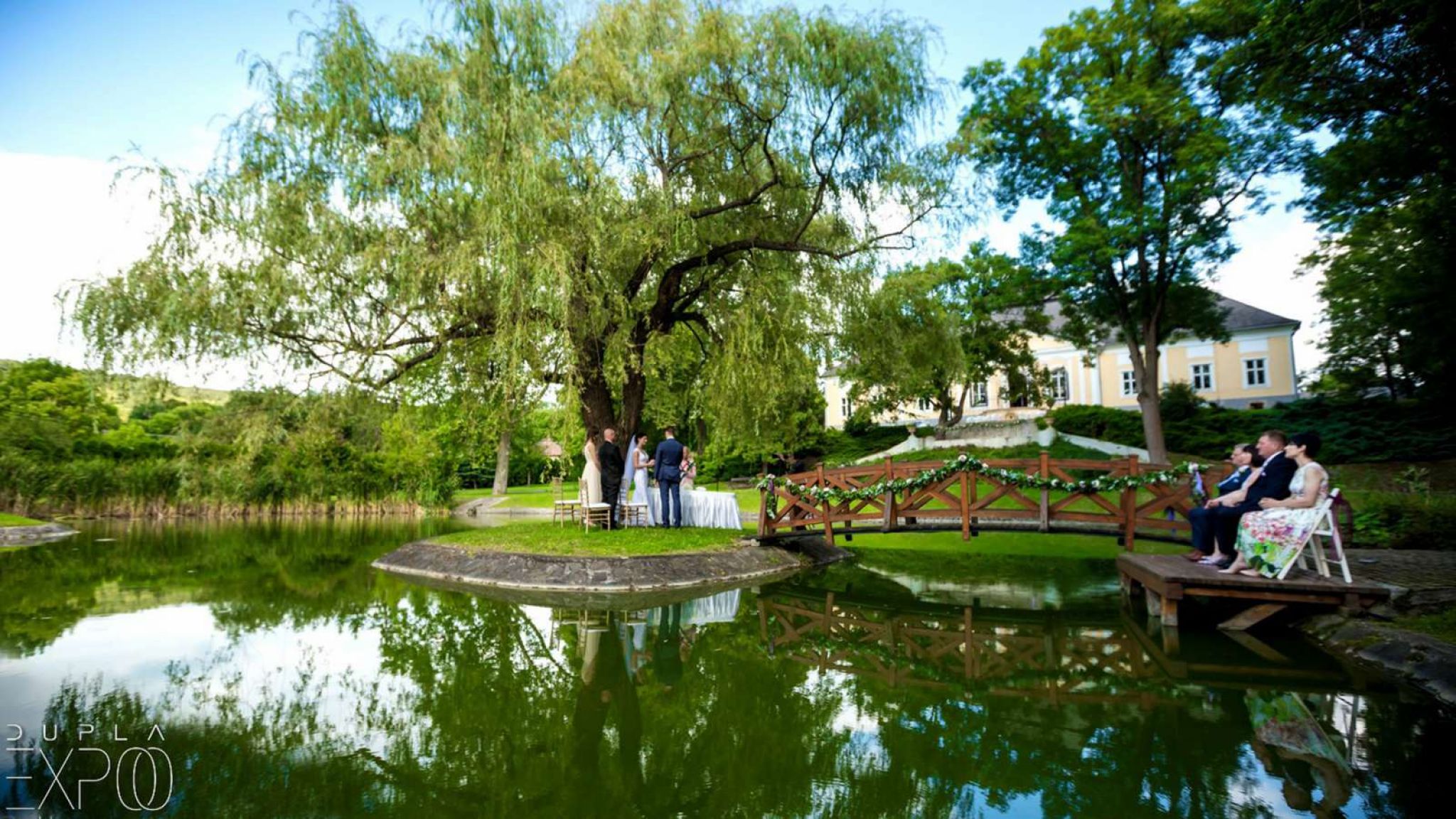 Alsópetény
The first written mention of the village can be found in a charter dating back to 1268. The document mentions the two Peténys as "Due ville Pethen."
The turn of the 1500s was characterised by conflicting laws of the age. It was therefore necessary to systematise legal habits and practices. The ruler entrusted Werbőczy with the task, who, upon retiring to his estate in Alsópetény, created the greatest accomplishment of his life with several years of work, giving him instant fame. Opus Tripartitum Juris became the source of the nobility's law for centuries, and its influence lasted right up until 1945. The Triple Book became the most published Hungarian book after the Bible.
Starting from the main square of the village, the first site of notable interest nearby is the church hill. Even the staircase makes one feel the ambiance of the past ages. The Roman Catholic Church dates back to the 15th century. Its nave was reconstructed in 1724, using some of the original materials. The altarpiece shows St. Stephen as he offers the crown to Virgin Mary.
Besides the belfry next to the church, standing above the crypt of the former Gyurcsányi family, is the famous Werbőczy monument, erected in 1791 by Ignác Gyurcsányi. Interesting fact: this was the first ever public monument in Hungary.
Before heading off to Alsópetény for a visit, it is worth getting some information regarding the various prestigious cultural events that take place on the shores of the small lake at the edge of the village throughout the year.

Nógrádsáp
The village of the most beautiful medieval church in West-Nógrád was first mentioned in 1219 as "Villa Sáp".
According to the sources, the place name Sáp was derived from a personal name which might be connected the Hungarian noun sáf, meaning tub or milk pail (originally coming from German). Nógrádsáp is an ancient settlement. A burial mound was found on top of a hill called Tatárka alongside the road to Galgaguta, and first it was only considered a small hillfort, but then a burial site from the time of the Hungarian Conquest was also revealed there.
Archaeological research has shown that the settlement is much older than our written sources date back to. This can be concluded on the basis of an Iron Age waste pit excavated in front of the western facade of the church, the contents of which imply a prehistoric settlement. The immediate surroundings of the church was inhabited in the Árpádian period as well.
If we arrive to the picturesque village in the valley of the stream from the direction of Nézsa, we will first be greeted by a charming Gothic church of medieval origin on a hilltop. This is the only surviving relic of the medieval village. There are no contemporary records of the former church dedicated to Mary, so we have to accept a dating based on archaeological excavations. According to them, the construction possibly took place at the end of the 14th century. The former village could also be located in its immediate vicinity. 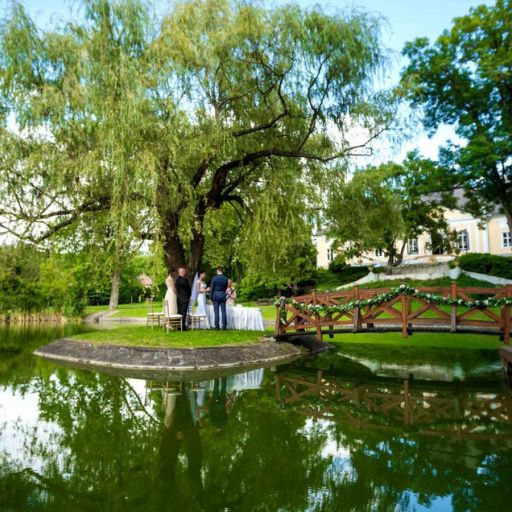 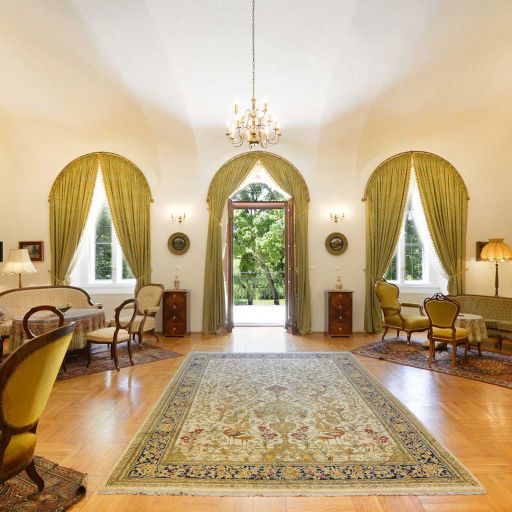 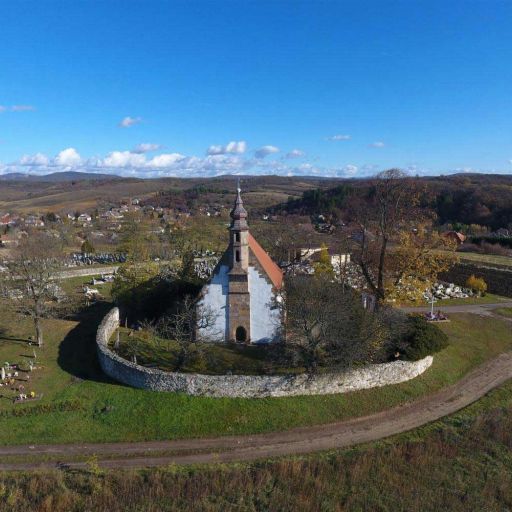 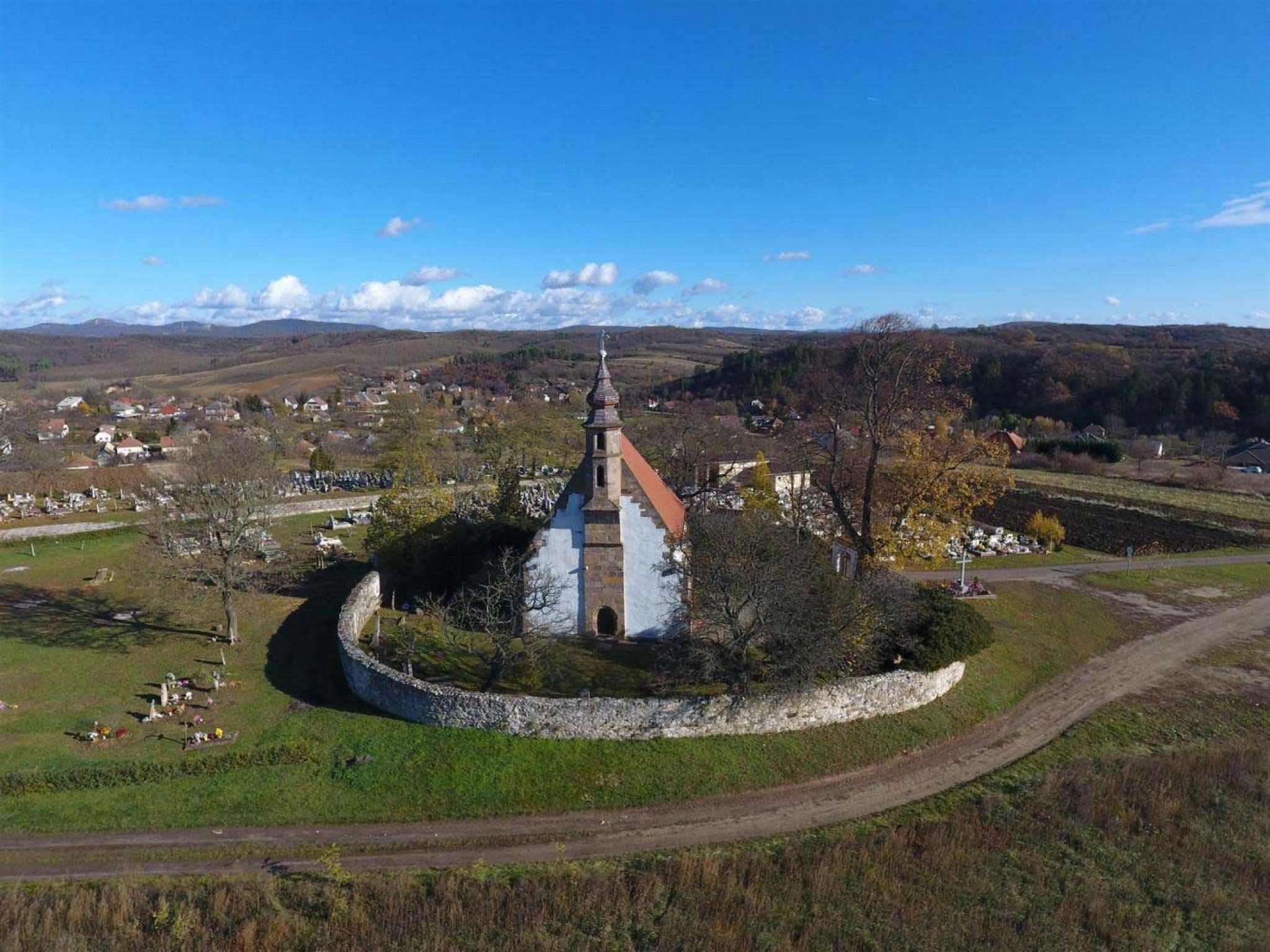 Besides the belfry next to the church, standing above the crypt of the former Gyurcsányi...

The Guesthouse is the re-think of a rundown village cottage. The worm-holed wooden bench on...

If we arrive to the picturesque village in the valley of the stream from the...